back to All Biographies
Allingham, Helen Paterson (1848-1926) by Scholes, Robert

She was born near Burton-on-Trent, Derbyshire. As a child, she lived in Cheshire but returned to the Midlands in 1862 and studied at the Birmingham School of Design. In 1867 she came to London to study at the Female School of Art and then in the Roayal Academy Schools. Between 1870 and 1874 she did illustrations for The Graphic. She married the Anglo-Irish poet, William Allingham in 1874 and met Ruskin, who approved of her work, and Carlyle, whom she painted. She lived in Chelsea briefly but then settled in Surrey, which suited the kind of watercolor landscapes she favored. Her work was admired in Victorian times, fell out of favor in the modrnist period, but is now receiving interest again. Anthony Ludovici, who regularly said patronizing things about women artists, called her “a real genius of the second class,” by which he meant the class of painters who offer “quaintly pretty little bits of rural scenery” (NA 13:2:42). Ruskin had put it differently, saying that she “represented the gesture, character and humor of charming children in country landscapes.” 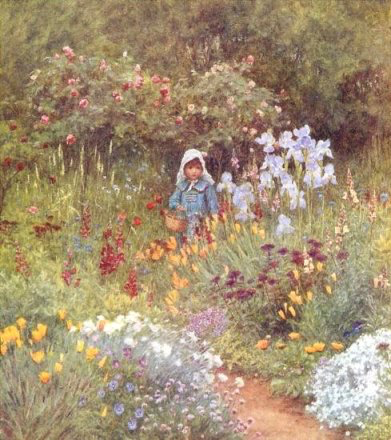 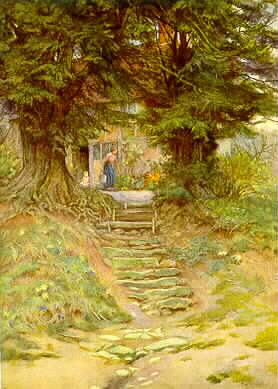 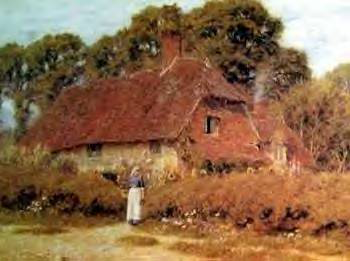 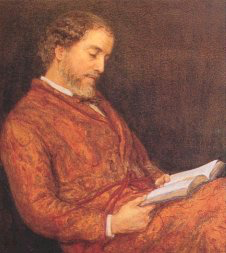